Nailing and screwing are both common ways of joining. Joints made by nails are less strong than those by screws. The advantages of nailing to screwing are, however, that it is faster and you only need a hammer for it. For screwing you almost always have to pre-drill the material.
Nails come in various sizes. In the case of nails, the size 20x40 means that the diameter is 20 tenths, i.e. 2mm. 40 is the total length in mm. So the nail is 2 mm x 40 mm. In the case of a screw, the diameter is given in mm, too. Thus a 4.5x40 screw has a diameter of 4.5 mm and a length of 40 mm.
Construction nails have a flat head. Lost head nails have smaller heads so that these can be hammered into the wood beneath the surface level. It is important to correctly choose the size of the hammer. If it is too small, you have to strike it too hard. If it is too big, it is too difficult to hold the nail with your finger and you also get tired more easily. The hammer that is most suitable for the workpieces described here is a 150-200 g hammer. Strips should be joined with at least two nails. Do not drive in the nails parallelly; that way the nails will hold stronger. 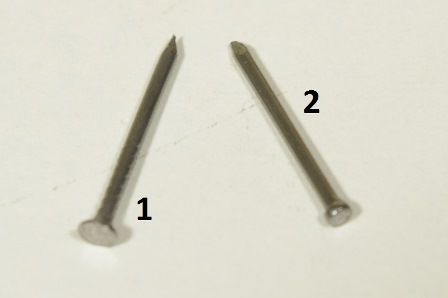 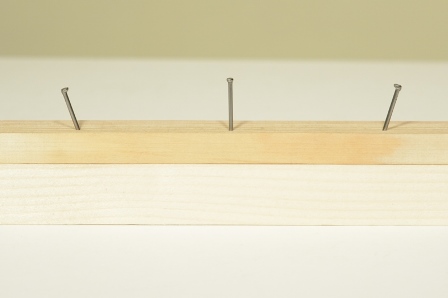 (Nails are not parallel)

To avoid the splitting of the wood, strike the tip of the nail a little. The reasons for splitting were outlined in the description of the chipbreaker in the chapter on planing. The reason why you have to hit the tip of a nail is to enable the wood fibres to bend over the nail. 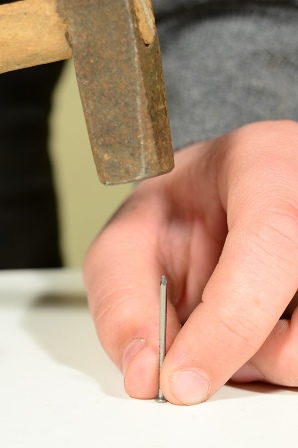 (Hitting the tip of the nail) 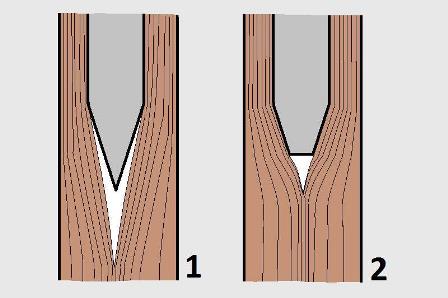 For tiny nails that we are unable to hold by hand due to the hammer, we can make tongs using two matches and a rubber ring. 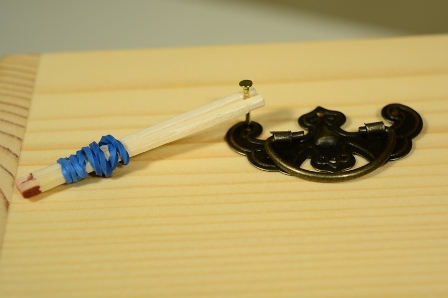 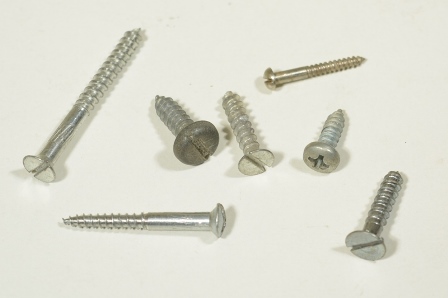 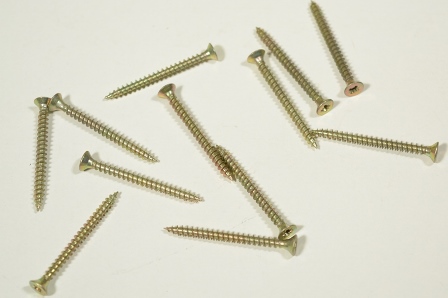 Before using any type of screw, you must pre-drill your workpiece. Pre-drilling should be performed on the fixing wood piece using a drill 1 mm narrower than the diameter of the screw. The wood to be fixed should be drilled with a drill bit of the size of the screw diameter or maximally 1mm larger.
The length of screws and nails should be chosen considering that one third should be in the wood to be fixed and two thirds in the fixing wood piece. In practice we will need 20x30/35 nails and 3x30/35 screws.
The places of very tiny screws do not need to be pre-drilled. It is enough to make an indentation at the desired places with a bradawl or gimlet to help the screw drive into the wood more easily and precisely. 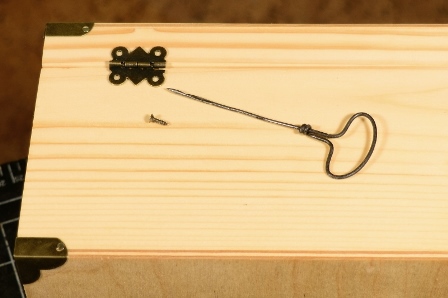 (Indentation made at the places of tiny screws)

In order to make joints nice, measure the places of nails and screws evenly, leaving the same spaces in between. Align the screw slots in the same direction.